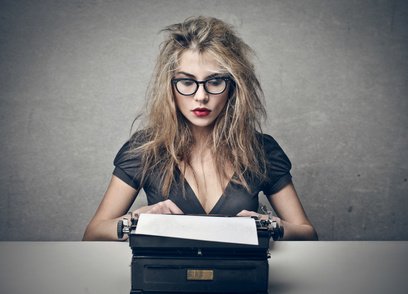 It’s confusing, isn’t it? There’s so much written on both sides of the fence about self-publishing, it’s hard to know fact from fancy. Myths and stories abound about the pitfalls and pinnacles of the independent authors’ efforts to publish their creative expression.

There’s no doubt that self-publishing has gained enormous popularity. In May, 2013, Publishers Weekly reported that “Total e-book sales rose 44.2% in 2012, to $3.04 billion and accounted for 20% of trade revenue”. Impressive, for sure, but just how difficult is it for the average writer to have a measure of success as a self-published author?

We’ve turned to the experts for some answers – writers who have published traditionally and self-published, to see what we can glean from their experiences in busting through some of the more persistent myths about self-publishing.

Myth # 1: Success in self-publishing is a lottery, and you have to be lucky

Not True. In a post on Problogger, authors Johnny Truant and Sean Platt refer to this myth as “one-title thinking”. It’s the idea that in order to be successful you need to have a smash hit, a blockbuster that will bring fame and fortune.

Messrs. Truant and Platt refute this idea, believing that you don’t need a mega hit in order to be a “successful” author. Rather, a work ethic based on consistency, perseverance, and sound business sense will bring success over a period of time. Not the overnight, mega-hit success of celebrity pop culture, but the success that comes from focus, persistence, and constantly moving toward your goals.

They don’t really see it as a matter of luck, and offer a formula for producing consistent revenue: produce a book that earns just $200 per month, and repeat 20 – 30 times. What independent author wouldn’t enjoy an income of $4,000 – $6,000 a month?
As Emerson pointed out “Luck is tenacity of purpose.”

Myth # 2: You have more control as an independent author

True. In a recent article on the Huffington Post, hybrid author Holly Robinson gives this myth a “somewhat true” rating.

Ms. Robinson’s experience as a self-published author supports the position that you’ll have complete creative control over the writing and publishing process. The independent author has the final say in everything from writing to formatting, publishing and promotion schedules, release dates, pricing, design and cover art, marketing and branding – without interference. You’ll never have to compromise your work in order to suit a market that’s been chosen for you.

However, with that control comes all of the responsibility of making solo decisions. Yes, mistakes will be made, but with a bigger slice of the revenue pie, they’ll be easier to accept and learn from.

Myth # 3: You don’t have the right to be published if you’re not good enough to get an agent

Ouch. Not True. This myth drives right into the heart of many writers’ low self-esteem issues, and is cited in an article by Joel Friedlander, author and self-publisher. Mr. Friedlander lays this myth of unworthiness at the feet of hierarchical thinking, the concept that others are better qualified than the individual to determine what does and doesn’t get read. And that this “gatekeeper mentality” has been a cornerstone perspective of old business models, including those of publishing houses.

He goes on to point out that with the changing of the guard in the publishing arena, each individual writer is now responsible for what does and doesn’t get published. And this leaves the decisions of worth to the readers, who will have the final say in which author “rises to fame and fortune”.

Myth # 4: It costs more money up front to self-publish

True, but qualified. Posting a rebuttal in her blog to Kensington Publishing’s CEO Steven Zacharius’ article in the Huffington Post, hybrid author Laura Kaye agrees that initially, it can cost the self-published author more money to set up.

Covering the traditional publishing costs of cover art, formatting and editing are expenses that “most of the self-published authors pursuing publication of their books as a business are paying for”. But, as she explains, the upfront costs are compensated for in higher royalties; and gives us a detailed accounting of sales percentages for ebooks priced in the “sweet spot”, between $2.99 and $5.99.

Myth #5: Indie writers can’t get their books into bookstores

Not true, according to hybrid author Dean Wesley Smith. In his blog series Killing the Top Ten Sacred Cows of Indie Publishing, Mr. Smith refers to this as “the biggest myth to hit indie writers”. According to Mr. Smith, it’s simply a matter of knowing what to do; and lays out the following steps as being key for the independent author to get their books into bookstores:

Based on his experiences, following these basic steps is the secret to getting onto the shelves of bookstores – but it does require the willingness to learn and apply these techniques to enter into standard trades channels used by booksellers. And, as Mr. Smith points out “It’s easy, but it isn’t.”

There you have the opinions of five successful authors on some of the pervasive myths that surround self-publishing. Some debunked, others upheld. But one thing is certain: all of these writers believed in themselves enough to push past the stories and determine for themselves what is and isn’t true.