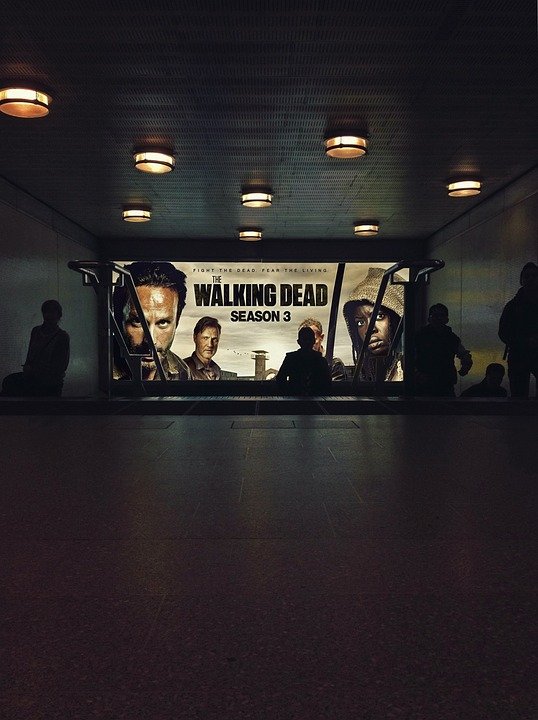 It’s one of the best ways to wind down during a study break or a lazy Sunday: tuning in to Hulu or Netflix for some of your favorite shows.

But do you ever stop to ask yourself why you love these shows so much? Something about them has captured your attention.

Maybe that seems far-fetched, but some of the qualities that make these shows unforgettable can also be applied to your writing.

You probably love this show because of its humor, and the funny, well-developed characters. Another great thing about the show is the understated social message. Beneath the humor, there is an undercurrent of commentary on racism and LGBT issues. But no one is holding a billboard announcing: “Attention! This is an example of racist stereotyping!” Instead, we see this message played out through the actions and behavior of the characters.

Any essay or report that you write also has a message, or a “thesis.” In effective writing as in a good TV show, this message is revealed through details, examples, and quotes rather than simple and obvious statements.

Although “The Game of Thrones” belongs to the fantasy genre, the writers purposely limit elements of magic in favor of making the story an accurate reflection of the dark and brutal way of life in medieval times. The violence and the dark stories of intrigue make the viewer feel like they are experiencing the Middle Ages firsthand. This is part of what makes the show so appealing.

Your writing will also be more appealing to your readers if you strive for realism and accuracy. Take the extra time to research your topic thoroughly to bring your reader the true blood and guts of your subject.

3. “The Walking Dead:” Examining a problem from all sides.

What if an apocalyptic event occurred in which those who died became brain-eating zombies?

“The Walking Dead” has held steady success for eight seasons by thoroughly exploring this premise. It examines the differing motivations of the characters, how these characters react differently to the post-apocalyptic world, and how these actions influence the story.

Just like a zombie apocalypse, the problems that you explore in your writing have different sides and affect people in different ways. A stock market crash will be experienced differently by a CEO than by a factory worker, and their reactions will affect one another. A good essay or report will examine a problem from all possible angles.

“Criminal Minds” is a great detective show, with a twist. Instead of profiling the crime itself, the B.A.U. team solves it by compiling a list of clues about the killer, which gives them the ability to determine who and where he is going to attack next.

An effective paper will present the reader with a “profile” in the introduction, outlining the list of clues that have led to a particular conclusion. Then you can develop your paper as if you were solving a crime.

5. “Breaking Bad:” How does change happen?

The character of Walter White is a case study on how events can change a character from good to evil. The well-intentioned chemistry teacher is transformed by the events of poverty and illness into a ruthless drug dealer.

Are you analyzing some kind of transformative change in your paper? What are the factors that led to that change? As you examine the transformation in depth, you may find that it is every bit as complicated and intriguing as the sea-change of Walt White.

So don’t worry about your next writing assignment! With a little imagination, you can make it into a hit!